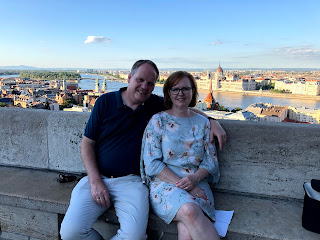 God has a heart for cities because He has a heart for people, and Budapest, Hungary is one of the great cities of the world. With nearly two million occupants, Budapest boasts 1/5th of the population of Hungary, and is its seat politically, economically, geographically, and religiously. Our vision is to plant a God-centered church in the heart of this great city that will be a beacon of light pointing directly to the majesty of our God and His Son Jesus Christ. We desire a church centered on God’s glory that is passionate in worship, faithful to the Word, believing in the power of prayer and bold in its witness. A church that makes disciples who love God, love each other and serve their fellow man. But our vision is not only for a worshipping church, but a sending church as well. It is our goal to see this church become a center for leadership training and church planting that will have an impact on the entire nation and beyond. 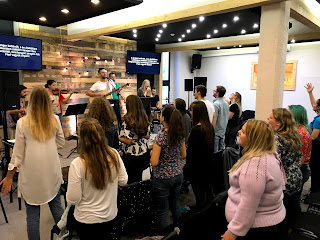 The groundwork for Focus Church began in February of 2019 when we held our first vision meeting. Over the next six months we built a core group of 25 committed adults who shared our vision for this new church. We launched Focus Church in September 2019. We were soon running 50-60 in attendance. Since our launch many others have joined the church, and we see visitors attending on a regular basis. 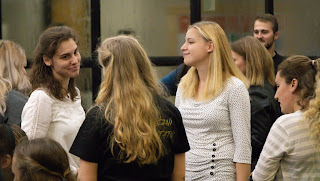 One of the unique blessings has been the demographic group we are reaching. Almost our entire church consists of young adults between the age of 20 and 35! Most of them are either university students or graduates who are now young professionals. We are convinced that God is building a strong base through which this church can have great influence in the future.

We believe that the time has come for us to put our full time and attention into this new church plant. Beginning in September, 2020, we will begin the transition process of turning over our church in Esztergom to a new pastor and moving to Budapest to focus on the ministry there. We need to raise some additional support to make this possible, so we are seeking both individuals and churches who would be willing to partner with us in this ministry.

The Background Story:
Marc and his wife Charin have served in Hungary for more than 25 years. They arrived in Hungary in 1993 as the country was transitioning out of 40 years of communism. They have lived through almost 3 decades of change as Hungary has become a modern, western European style country. They learned the language, adapted to the culture, became Hungarian citizens, raised 4 children and participated in two successful church plants in the cities of Esztergom and Tata. Marc is also a frequent speaker in churches and conferences on church planting and church renewal. 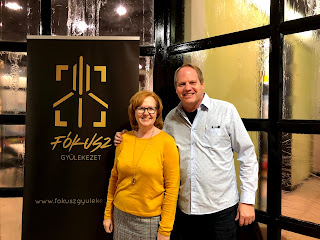 With the fall of communism in 1989-1990, we felt led toward the former communist countries of Eastern Europe.  God laid Hungary on our hearts, and we visited the field in 1991.  We began deputation in 1992 and arrived on the field of Hungary in 1993.  We have been serving in Hungary since that time.

The Lord has given us a very fruitful 25+ years here in Hungary. Both my wife and I are fluent in the Hungarian language. Our children were all born in Hungary and speak perfect Hungarian without any accent. We have also learned the culture and strived to “become Hungarians to reach the Hungarians.” In 2011 we actually received Hungarian citizenship, so we are now dual citizens of Hungary and the USA. These steps have allowed us to find acceptance among the Hungarian people, and also become more effective in our outreach.

Our ministry focus has always been church planting. The Lord has allowed us to have a part in the establishment of three churches here in Hungary. 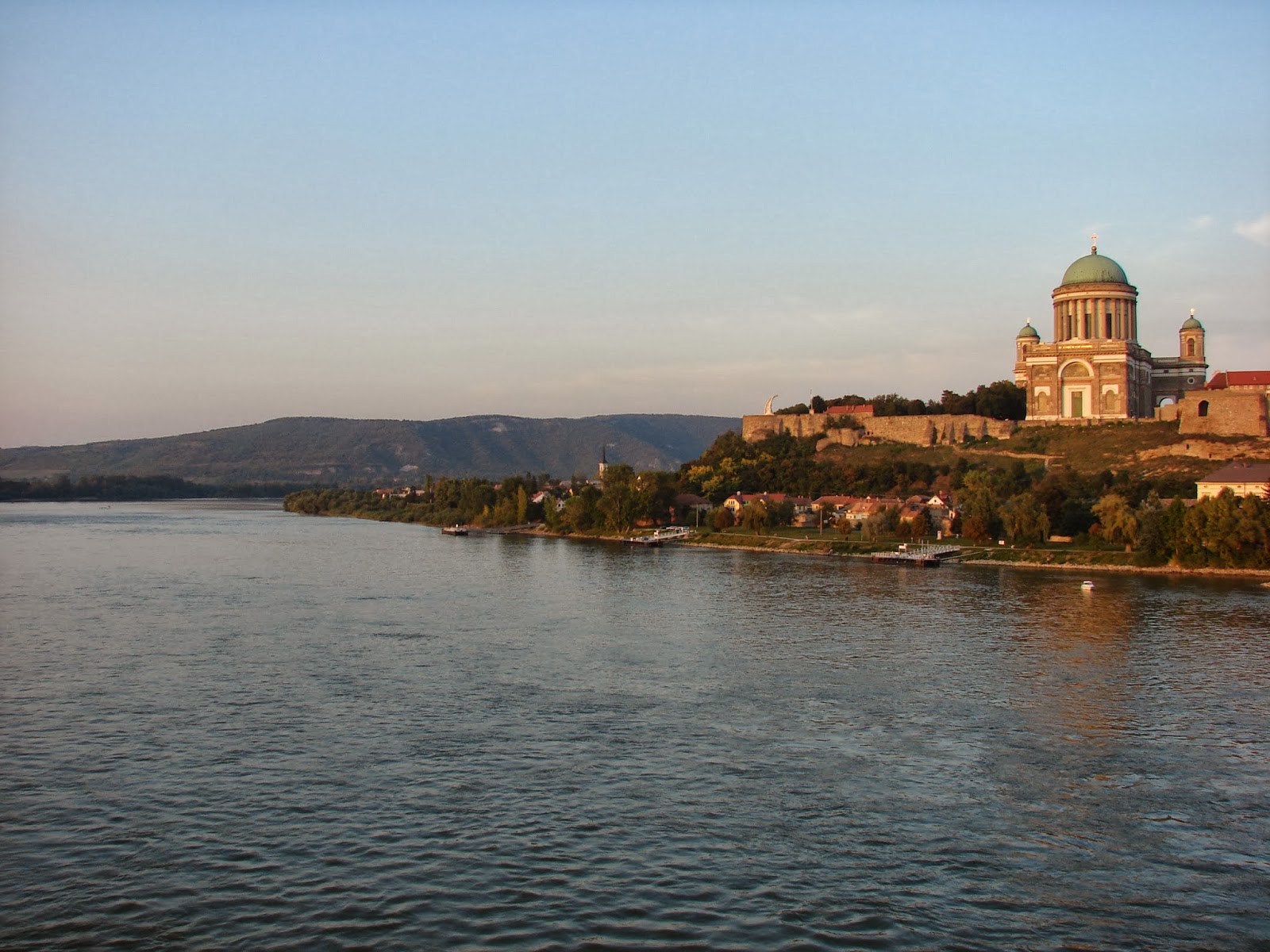 We began the work in Esztergom in 1995.  Esztergom is not a large city (30,000), but it is quite important historically and culturally.  It was the first capitol of Hungary.  Hungary’s first king, King Stephen, was born and crowned at the castle of Esztergom.  It was he who “converted” the pagan Hungarian tribes to the Roman Catholic faith in 1000 AD.  Thus Esztergom became the seat of the Catholic Church all the way until the present.  The Basilica of Esztergom is the largest church building in all of Hungary, and Esztergom is known as the Hungarian Vatican. 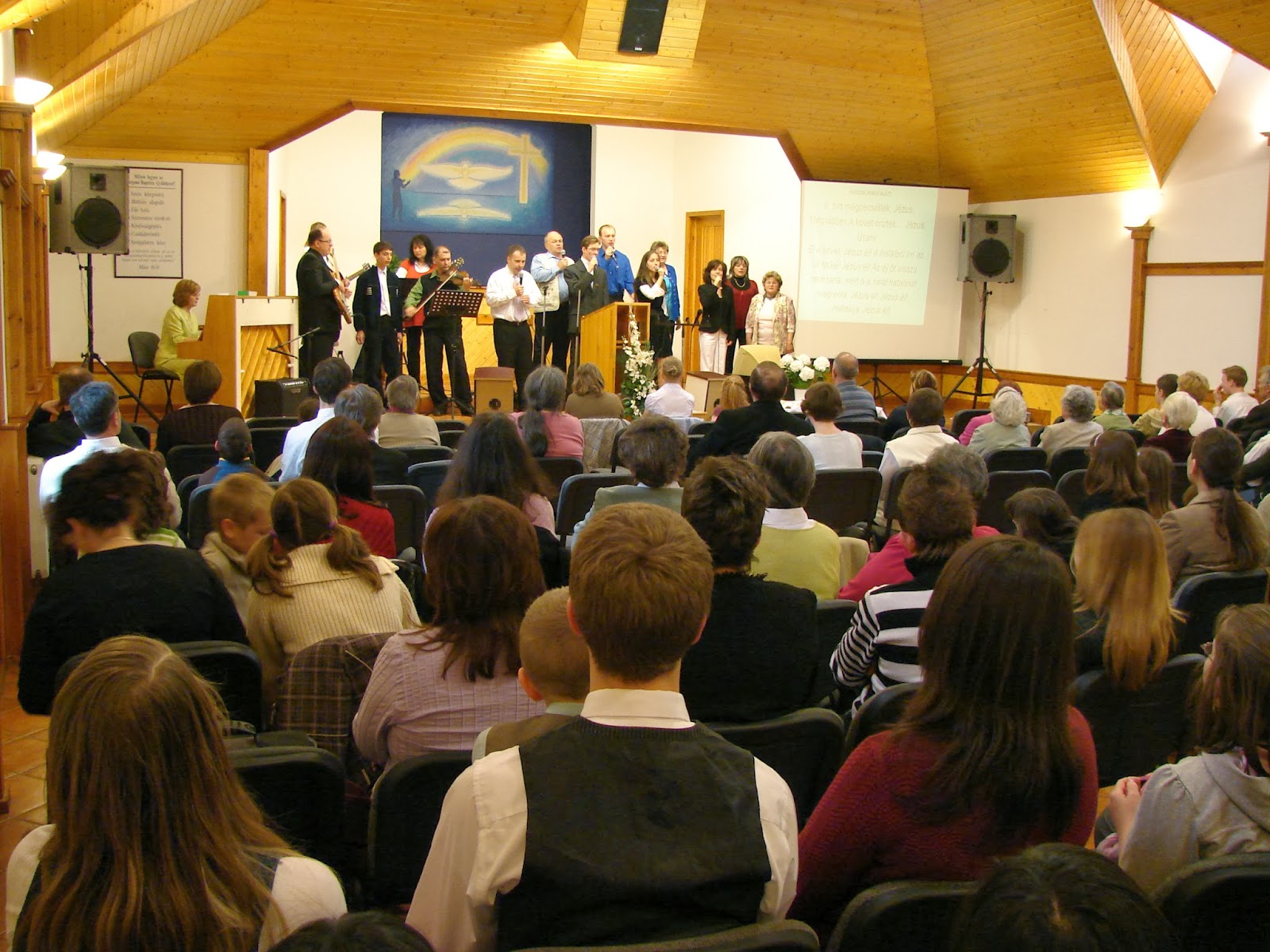 Over the past twenty years the Lord has blessed our church immensely.  Although the growth has never been explosive, we have seen solid and steady growth throughout these years.  We now have more than 80 baptized members and our average Sunday attendance exceeds 100.  The Lord has given us some fine young men who have become leaders of our church.  Besides myself, I have four men who are very capable preachers. 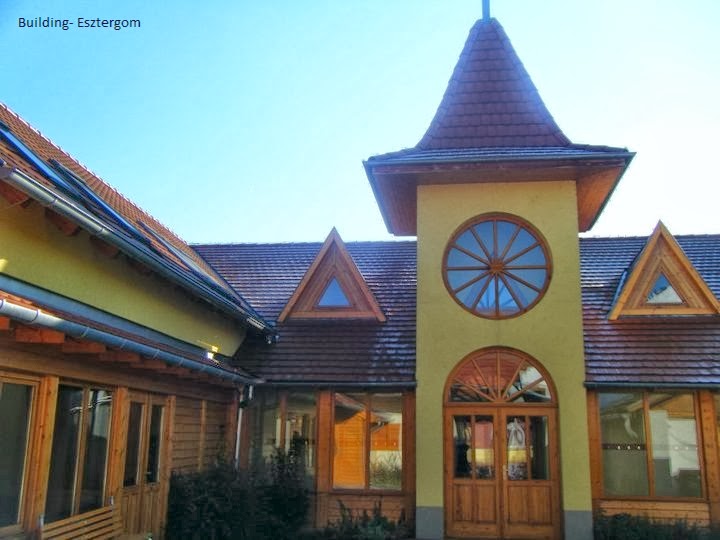 My wife Charin has trained a number of ladies in children’s work, and we have an excellent Sunday School program.

The Lord has also blessed us with a fine church building.  We have a 150 seat auditorium, a fellowship hall (our old auditorium), an office and two Sunday School rooms. 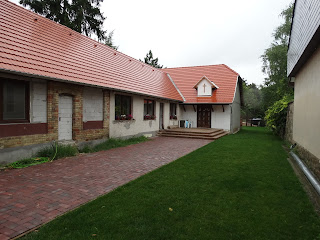 from Esztergom). The church responded well to our ministry and called me as their pastor in February, 2008.  I had the privilege of pastoring the church in Tata for almost 10 years.  In 2008 sixteen members called me as their pastor. The church now has more than 40 members and runs about 60-70 on Sundays.  The church owns a house, which we had converted into a small, but functional church building. In 2015 we expanded by building a new 100 seat auditorium on the back of the property. This has allowed us to spread out and also provides room for future growth. 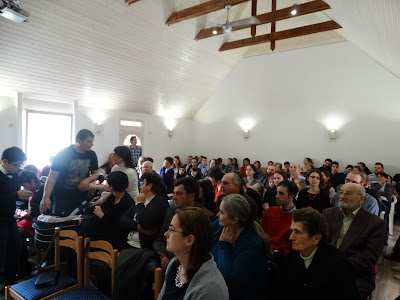 In 2017 the church in Tata reached a new milestone as they called their first full-time pastor. Gergő Szimon grew up at our church in Esztergom. As a teenager he felt called into the ministry. After completing his Bible training he became my assistant at the Esztergom church. In December, 2016 he was called to be the new pastor in Tata. On February 26th, 2017 he took over the pastoral duties. The church has responded well to Gergo's leadership and is effectively reaching the community with the Gospel.

In 2019 we turned our focus to planting a new church in Budapest. We spent the first part of the year 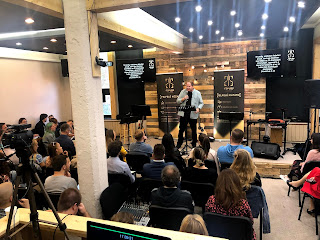 building a strong church planting team. On September 29th we launched Focus Church Budapest in downtown Budapest. We currently have 42 committed members and are averaging 50-60 in attendance. Most of our people are university students and young professionals between the ages of 20-35. What an amazing opportunity the Lord has given us to influence the next generation of leaders in Hungary! It is our goal to see Focus Church become a center for outreach and leadership training which will become a base for planting churches all across Hungary!


Ministry Goals:
1. To see the church in Esztergom continue to grow and become a center for missions and evangelism in Hungary.
2. To see Focus Budapest become a strong and dynamic church in the heart of Budapest that is capable of reaching the younger generation and develop them into the leaders of the future.
3. To assist Hungarian church planters with support, encouragement and guidance, so that they can carry the Gospel to some of the 3,000 towns and villages that still have no Baptist church.
4. To influence the existing churches in Hungary to reach their own people and become strong, evangelistic churches.

Family:
The Lord has blessed us with four wonderful children. Our oldest daughter Nancy is married and lives with her husband in Los Angeles, California. Our son Ben and his wife serve as missionaries in Zanzibar, Africa. Our daughter Esther is a student at Trinity Baptist College in Jacksonville, Florida. Our youngest,  Hannah, is a senior in high school here in Hungary and is active in the church youth group. Charin is very active in our ministry working with our children, ladies and music program. She also teaches English part time at two local elementary schools.